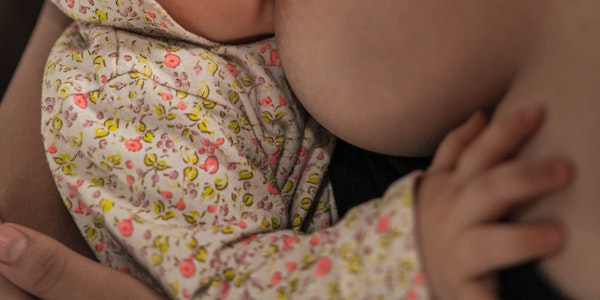 Breastfeeding is perhaps the oldest practice in human history. It is the healthiest and simplest means of fulfilling the nutritional demands of newborns and infants. Nigeria has one of the highest rates of childhood malnutrition partly due to the low rate of exclusive breastfeeding. Scaling of breastfeeding practices to universal levels can prevent an estimated 823,000 child deaths and 20,000 breast cancer deaths annually worldwide.

The World Health Organization (WHO) emphasizes the need to initiate breastfeeding within the first hour of delivery and recommends exclusive breastfeeding i.e breast milk only for newborns up to the first six months of life. Then the introduction of complementary foods from six months and that breastfeeding should continue for at least two years post-delivery.

DOWNLOAD: Discover The 6-Point Diet Guide To Prevent Food Poisoning In Children So You Can Have A Healthy Child.

It plays an important role in addressing health inequality. Most women are physically able to breastfeed irrespective of the size of the breast or presence of inverted nipples except they have been medically advised not to.

Breastfeeding confers benefits to the mother, the infant, and the society at large and I will take you through some of these benefits

Benefits to the child

Protects the child from infections

Breast milk acts as the baby’s first vaccine. Breastfed infants tend to fall sick less than others. They have lower rates of getting ear infections such as otitis media, lower respiratory tract infections, and lesser frequencies of diarrhoea.

Ideal nutrition for newborns and infants

During the first few days after birth, the breast produces a thick and yellowish fluid called colostrum which is high in protein, low in sugar, and has lots of antibodies. Breast milk contains all essential nutrients required for the optimal growth and development of infants. Hence, it is the ideal meal.

There is a reduction in the likelihood of breastfed infants having SIDS by more than a third.

Studies show that breastfeeding has a positive impact on the child’s general intelligence even when factors like maternal intelligence and home environment have been excluded.

Reduces risk of having diabetes

Breastfeeding offers some form of protection from diabetes in the future

Benefits to the Mother

Reduces risk of breast cancer– There is a 4.3% decline in invasive breast cancer for every 12-month increase in breastfeeding over a woman’s lifetime

Contraception– Breastfeeding can serve as a form of contraception especially if the child is less than 6 months old, exclusively breastfeeding and the mother is not menstruating.

It may help you lose weight

Breastfeeding uses up approximately 500 calories per day, so it can help you lose weight. Individuals who are breastfeeding may feel hungry after, so ensure you eat healthy to maintain a healthy weight. Healthy snacks that release energy slowly include; nuts, bananas, dried fruits etc.

During breastfeeding, a hormone called oxytocin is secreted. This helps the uterus contract and returns to its previous size. It also increases bonding between the mother and the newborn.

In conclusion, breast milk is free and readily available. It doesn’t require any special preparation or needs to buy sterilizers or bottles. It also doesn’t need to be pre-warmed. I mean with the recent increase in market prices of foodstuff, imagine if for the first six months of a newborn life you have to worry about the cost of infant formulas coupled with the other needs of newborns and infants like diapers, you would agree with me.

No matter the choice someone you know or you intend to make, you can speak to a doctor here to discuss your concerns.