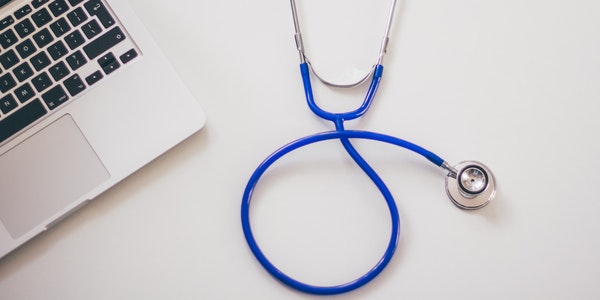 Hi, who do you trust with your health?

While you think about it, let me tell you a short story.

Earlier in the year, Ope wanted to get his first car. So, he asked his friend Hassan for the number of the mechanic that inspected cars before purchase. Ope never takes major decisions without speaking to an expert. You would agree with me that Ope is a wise guy.

Before embarking on any journey or expenditure, you should ask the experts.

But Ope’s wisdom was missing in one aspect.

Whenever Ope feels sick, he does one of these three things;

Drinks anointing oil (thanks to his mother).

Goes to the chemist to get drugs (thanks Chemist Chuks).

I know you are like Ope. Many people take a mechanic to inspect a car before buying, ask a lawyer to review a contract before signing. They consult proven experts before making decisions. But, for some reason, when it comes to their health, people act differently. Like Ope, many people trust a chemist without a recognised training license, their mothers, armed with anointing oil or a purse full of drugs. Sometimes, even the recommendations of friends like Hassan, and dubious WhatsApp messages.

Every day, millions of Nigerians like you and Ope make wrong health choices that often lead to bad health outcomes. On the surface, you may think that it is not a big deal. But if you look closer, the danger is clear.

Tell me, what happens when you take a friend along with you to buy a car, instead of a mechanic?

You end up spending so much to repair the car, and you would eventually sell it off to cut your losses.

So, what happens when you trust the wrong person with your health?

When you take drugs like antibiotics indiscriminately, you run the risk of causing antibiotics resistance. It may be difficult for you to get well if you fall ill and need those drugs. People who have abused antibiotics often need to take more potent (and more expensive) medicines to get well. You are not alone in antibiotics abuse. For example, studies conducted in three states in Nigeria (Oyo, Edo, and Kano) revealed that antibiotics resistance was up to 100%. Tetracycline (red and yellow capsule), ampicillin, cotrimoxazole (septrin), and chloramphenicol are some of the drugs that were studied.

2. Late Presentation To The Hospital

You can lose vital life-saving time if you self-medicate or go to the chemist when ill, instead of the hospital. People die from easily curable diseases like diarrhoea because they choose home treatment/the chemist over talking to a trusted professional. For example, I know someone who almost lost his life to leukaemia (a type of cancer). He was treated repeatedly at the local chemist’s shop for malaria and typhoid when he had cancer. He survived because his brother forced him to go to the clinic where he did some tests, and the proper diagnosis was made.

More often than not, when you delay talking to a professional and seek other means of attending to your health, you end up complicating the issue. What started as malaria can become complicated cerebral malaria that needs extensive treatment and hospital admission.

So, who should you trust with your health choices?

If you’d trust a lawyer with your legal problems, and a mechanic with your car, you should trust a health professional like a doctor with your health.

Only the living can dream and enjoy life to the fullest.

Don’t be like Ope that took erythromycin (an antibiotic) for toothache, because his friend Hassan recommended it. If you feel ill, you should talk to a doctor immediately. Luckily, Doktorconnect has made it easier for you to speak to a doctor at any time via telemedicine.

Just click here now to speak to a doctor.